When displaying multiple posts (e.g. a blog, or a category of posts), you can display an image along with the post’s excerpt, as shown in the screenshot below. 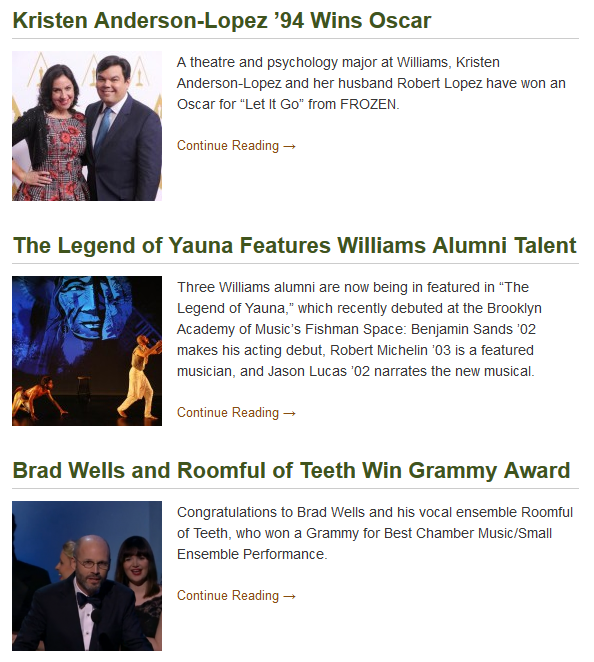 The image associated with each post can be set in the post editing interface. Regardless of the size of the uploaded image, the featured image will be displayed at thumbnail size (150px by 150px).

By default, the feature image will not be shown when viewing the post by itself, but you can change this by using the category configuration tool.

On a page, the featured image will be ignored unless it’s large enough to be a banner (at least 1140px wide by 240px tall). If it’s large enough, it will appear as the header banner, for this page only.

Select Williams facilities and events are open to the public. Admission tours are available and guests are welcome at the Williams College Museum of Art, Sawyer and Schow Libraries and outdoor athletic events. Visitors are also welcome at indoor competitions and some performances and events. Proof of vaccination and masking are required for entry. See the Visiting Campus page for details.

If you are having trouble finding what you are looking for, contact the web team at: [email protected]